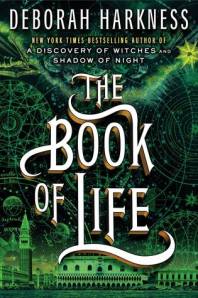 Who better to mold a brainy heroine of paranormal fantasy novels than a devoted academic herself? Professor Deborah Harkness teaches history at the University of Southern California, although you may know her better as the author of the wildly popular All Souls Trilogy, which includes A Discovery of Witches, Shadow of Night, and the final installment out this month, The Book of Life. Harkness’s intellectual passion is the history of science—encompassing the history of magic and alchemy. At the heart of her madcap epic is a similarly erudite historian, Diana Bishop, a researcher (and witch, whose magical powers have been suppressed) who uncovers a powerful manuscript at Oxford’s Bodleian Library and falls in love with an aristocratic 1,500-year-old vampire (who is, appropriately, also a bookworm with a penchant for genetics). Harkness shares five books featuring women who can out-reason or out-research any adversary.

Read all of Professor Harkness’s recommendations and more at GOODREADS.