Print Is Hanging On

E-books are rising in popularity, but print remains the foundation of Americans’ reading habits. Such is the conclusion of a new post-holiday survey from the Pew Research Center. The survey, conducted in the first weeks of 2014, found that most people who read e-books also read print books, and that just 4% of readers are “e-book only.” 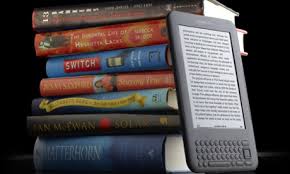 In addition, the rise in e-books may also be sparking a slight rise in reading, or a least a stablization. Overall, “76% of adults read a book in some format” over the previous 12 months, up slightly over the last survey conducted to report on e-reading activity during the 2012 holiday period. According to the survey, the “typical American adult” read or listened to 5 books in the past year, and the average for all adults was 12 books.

The survey also found that the tablet market is continuing its rise. Some 42% of adults now own tablet computers, up from 34% in September, the survey found, suggesting more than a few adults found a tablet in their stocking this holiday season. But don’t bury the e-reader just yet: the number of adults who own dedicated e-readers rose to 32% from 24% in September. In all, fully half of all Americans (50%) now own either a tablet or an e-reader, up from 43% in September.

For the most part, the survey revealed a widening profile of reading in America—including print, digital, and audio, with more Americans reading in multiple formats. As of January 2014, some 76% of American adults ages 18 and older said that they read at least one book in the past year. Almost seven in ten adults (69%) read a book in print in the past 12 months, while 28% read an e-book, and 14% listened to an audiobook. “In general, the vast majority of those who read e-books and audiobooks also read print books,” the survey notes, with significant overlap:

87% of e-book readers also read a print book in the past 12 months, and 29% listened to an audiobook.

84% of audiobook listeners also read a print book in the past year, and 56% also read an e-book.

A majority of print readers read only in that format, although 35% of print book readers also read an e-book and 17% listened to an audiobook.

Overall, about half (52%) of readers only read a print book, while just 4% said they only read an e-book, and just 2% only listened to an audiobook. Some 9% of readers said they read books in all three formats.