The Obama Administration made every reasonable effort to compromise with religiously-affiliated employers when implementing rules on women’s access to birth control coverage under the Affordable Care Act (ACA).

An update to the birth control benefit in the health care reform gives religious employers the ability to hand the responsibility to provide birth control coverage to a third party insurance company. But right-wing opponents led by the Conference of Catholic bishops are still balking at the plan.

President Obama did the right thing for women when he rejected the demands of rightwing activists and gave all women access to no-cost birth control through their insurance coverage. But before these new guidelines go into effect, his administration is holding a public comment period on the new rules. We know that anti-woman activists will flood President Obama’s Department of Health and Human Services with comments urging the administration to overturn its historic decision.

President Obama needs to hear that the vast majority of Americans support his decision to ensure access to no-cost birth control for all women. Click here to submit a public comment in support of access to birth control.

The Department of Health and Human Services and the medical community agree that providing no-cost birth control is an essential part of preventive health care for women. And Kathleen Sebelius, the director of HHS, said that providing birth control at no cost to women should be like “covering flu shots.”4

However, before activists from CREDO and Planned Parenthood began petitioning President Obama, the New York Times reported that the president was dangerously close to caving to the demands of the anti-woman lobby by adding a giant loophole that would keep a large number of women from being able to access no-cost birth control.5

CREDO members sent over 160,000 petitions and made over 3,000 calls to the White House asking President Obama not to cave. In the end, President Obama listened to our call to protect women’s health. But that doesn’t mean our work is done.

Some right-wing organizations are already balking at the plan even though it allows religious employers to avoid providing birth control directly to their employees. These anti-woman extremists will surely use the public comment process to file reams of objections to the plan. So let’s make sure the president hears from those of us who want him to stand strong and protect access to contraception.

Make sure that President Obama hears that the vast majority of Americans support his decision to ensure access to no-cost birth control for all women. Click below to submit a comment in support of access to contraception:
http://act.credoaction.com/r/?r=14177296&p=birthcontrol_hhs_aca&id=56364-266627-5bh0wMx&t=4

Thank you for standing up for women’s access to birth control.

Quantum Units Education shares stories about mental and physical health, like what triggers domestic abuse and how to fight youth anxiety. But there are also big picture issues affecting the health industry, like the move towards replacing paper-based healthcare records with electronic medical records systems, as Cheryl Jacque writes about in today’s post. Cheryl also writes for http://www.healthadministration.org/, a website that aims to educate potential college students about higher education and careers in health administration.

The Future of Technology, Healthcare Administration and Reform
by Cheryl Jacque

Sweeping changes in healthcare will continue to affect the lives of Americans for the foreseeable future. Yet, while health care reform legislation has received the majority of media attention, advancements in technology are expected to play an important role in lowering healthcare costs in the coming years. In particular, the adoption of electronic medical records (EMRs) by insurers and medical practitioners is having a far-reaching effect throughout the medical community, with many health industry professionals expecting an increased efficiency that will lower cost and improve the quality of care for every patient. 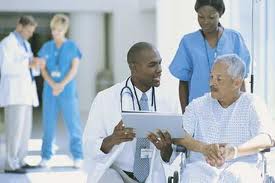 Research by The RAND corporation found that America’s health care system could save more than $81 billion annually while improving the quality of care by broadly adopting computerized medical records. The study, published in the journal Health Affairs in 2005, stated, “The U.S. healthcare industry is arguably the world’s largest, most inefficient information enterprise…Most medical records are still stored on paper, which means that they cannot be used to coordinate care, routinely measure quality, or reduce medical errors.” Since then, many health experts have claimed that EMRs will improve quality and efficiency as well as reduce costs by tens of billions of dollars annually by limiting orders of duplicate tests and procedures. The Obama administration has even included assistance to accelerate the adoption of EMRs as part of the Affordable Care Act reforms.

As with almost any rapid adoption of new technology, early word on EMR use has been mixed. A recent study found that physicians with access to electronic records are actually more likely to order additional imaging and laboratory tests than doctors relying on paper records, perhaps due to the increased ease of ordering tests, speculated Dr. Danny McCormick, lead author of the study. However, many early adopters of EMRs are quick to defend the technology.

“Electronic medical records can guide evidence-based care, prevent unnecessary duplicate testing, enable better and more informed care coordination for patients, and generate quality data in real time to help us measure the efficacy of rendered care to improve health outcomes,” writes Alan D. Aviles, President of the New York City Health and Hospitals Corporation. A study from the Office of the National Coordinator for Health Information Technology offers further support, with its findings showing 92% of articles on health information technology reach the conclusion that technology advances provide overall positive benefits such as increases in quality and efficiency of health care.

American Medical Software, one of the developers of electronic medical records systems, describes the process used by the system. When a medical professional creates a new encounter note using EMRs, macros and templates that incorporate key phrases and conditionals that reduce keystrokes and input errors. Coding guidelines then suggest the proper level of visits based on documentation during the patient meeting, as well as aiding in ordering labs, setting reminders and linking files. Fox Meadows Software, another company responsible for EMR migration systems, provides electronic features such as scheduling, billing, document management and authorization tracking. These advances in medical and information technology are developed with a goal of streamlining processes, reducing costs and raising the quality of experience for medical practitioners and patients alike. While any new technology takes time to fully develop, the promise of higher quality patient care is a benefit worth the effort.

How the Supreme Court majority will rule on President Obama’s Affordable Care Act may well have been foretold months or perhaps years ago — not so much by their questions during argument this week, as by their flagrant displays of bias outside the court, where certain justices regularly behave as dubiously as any sleazy officeholder. 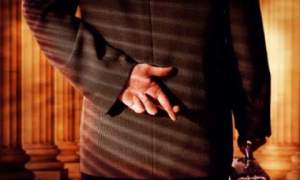 While the public awaits the high court’s judgment on the constitutionality of health care reform, it is worth remembering how cheaply Justices Antonin Scalia and Clarence Thomas in particular have sullied the integrity of their lifetime appointments, and how casually Chief Justice John Roberts and their other colleagues tolerate such outrages.

What is most scandalous in Washington, as a wise pundit once suggested, are the things politicians do that are perfectly legal but shouldn’t be — an observation that applies with particular force to the Supreme Court, which is not subject to the ethics restrictions applied to lesser judges on the federal bench. That was why Scalia and Thomas, for instance, could appear as guests of honor at a fundraising dinner for the right-wing Federalist Society — which was sponsored by Bancroft PLLC, a major firm involved in litigation against the Affordable Care Act — on the very same day last November that they reviewed an appeal brief on the case from Paul Clement, the Bancroft attorney whose arguments they received so cordially this week.

In fact, Clement sat at a table “sandwiched between” the two justices. Scalia was seated with Senate Minority Leader Mitch McConnell, who had told the Federalists that he would rely on them to help undo the “affront” represented by health care reform. And for good measure, Justice Samuel Alito enjoyed the event at another table nearby.

If they were mere federal district or appeals judges, neither Scalia nor Thomas would have been permitted to attend the Federalist celebration, while Alito’s attendance would have been questionable, to say the least. But members of the right-wing majority abuse their immunity from ethics regulation without sanction. Poised to reject the Affordable Care Act with the kind of sweeping opinion that could tear down decades of Commerce Clause jurisprudence, they merit the sharp scrutiny of their motives and conduct that they have largely escaped until now, even as they drift further and further toward the corporate right.

Investigative reports have revealed partisan and ideological ties that the justices themselves have sought to conceal, dating back to Scalia’s duck-hunting trip with then-Vice President Dick Cheney, who had pending before the court a lawsuit challenging the secrecy of his Energy Task Force.

No federal judge would have dared to rule in such circumstances, but Scalia dismissed the obvious appearance of conflict with an unbecoming sneer.

As Scott Horton reported in Harpers magazine, Scalia’s duck-hunting patrons in Mississippi had brought other vital matters before him to get their way, again in a manner that any self-respecting ethical jurist would instinctively abhor.

More recently, Scalia and Thomas were used as celebrity bait by the ultra-right Koch brothers, David and Charles, to draw well-heeled supporters to a secretive conference on undermining the Obama administration at a fancy Western resort. It would be hard to imagine any activity less appropriate for a Supreme Court justice, unless it was Thomas’ wife Ginny accepting huge payments from a tea party organization devoted to repeal of health care reform, which she did in 2010. The justices failed to report any of these screaming conflicts on their disclosure reports, compounding the offense with the coverup.