Leading clergy from the Southland and beyond have launched a graduate-level institution that will emphasize Jewish, Muslim and Christian theology. 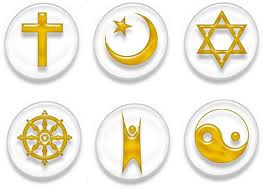 The clergy are hailing the new Claremont Lincoln University as the first multi-religious educational program of its kind.

During an event Tuesday South African ambassador Ebrahim Rasool said the university will help establish a new generation of theologians and clerics.

The goal is, “Connecting citizens with the overarching purposes which are divine, in order to create a world that is more sustainable, that is socially just, that is at peace with itself and that is able to overcome many of the challenges through compassion,” he said.

Students, leaders and speakers – representing the Jewish, Christian and Muslim faiths – noted that the opening of the university coincides with the 10th anniversary of 9/11. Some of them said the launch underscores the need for better ways to educate religious leaders.

Faculty member Najeeba Syeed-Miller said the new program at Claremont resonates with her.

“For me, engaging in this project is not despite my Muslim identity, it’s because I’m a Muslim that I seek out to have a conversation with people of other faiths and traditions,” she said.

The school’s effort to become a more interfaith institution has met with some resistance. The United Methodist Church – long associated with Claremont – last year reportedly railed against the move.

Since then, school officials have pushed ahead to launch a university that will house three programs. They include the existing course of study for Christian pastors-in-training, another for rabbis, and a third for imams.

“So we’re coming together in a table of dialogue where each gets to wear their own clothing. So the Christian gets to be Christian. And the Jew gets to be Jew,” she said.

The namesakes of Claremont Lincoln are trustee David Lincoln and his wife, Joan. They donated $50 million to help establish the program. The new university is part of the century-old Claremont School of Theology. The school enrolls more than 300 students in masters and doctoral programs in religion and counseling.