It Started With a Cup of Coffee by Sudesna Ghosh.
Reviewed by Gabriel Constans.

Ira is a writer. She writes in a cafe in Kolkata. If you are a writer (or reader) you’ll relate to her and It Started With a Cup of Coffee. What starts out as work, becomes personal. What becomes personal, becomes fodder for fiction. Here’s a brief excerpt from this intimate short story.

“One bite into the cherry red cream cupcake got her started. ‘God, this tastes like heaven,’ Ira smiled. Ira rarely smiled unless she felt obligated to. Or if she met a dog or a cat. The cupcake was special. What she didn’t notice was that she was smiling at the person sitting across from her – the gentleman with nice eyes and lashes. Uh oh.”

Though Ira is writing a romance in her favorite coffee shop, which is due to her editor (Lisa) within a month’s time, she’s not feeling very romantic. Trying to listen in on couple’s conversations at other tables helps a little, but isn’t always possible. Perhaps the main character in Ira’s story is herself.

Ms. Ghosh’s It Started With a Cup of Coffee is a relatable tale, especially if you see yourself as a scribe, and well worth a few rounds of caffeinated inspiration.

Some people’s reality as fiction, and fictional fears may become reality. Anxiety Girl is told by Sadie Valentine, as her world feels like it is falling apart. She describes her symptoms to the pharmacist. “My chest became really tight like someone was squeezing me from the inside. My head started to pound and I couldn’t breathe. I just couldn’t catch my breath, it was like I was drowning. I really thought I was going to die.” Ms. London’s imaginary character is a reflection of what many experience.

The author states in the prologue that she wanted to write a fictional story that dealt with a real-life situation, one that she has experienced herself. She does so with insight, interest, and flare. Sadie is lucky to have a close friend, Aldo, who is also her roommate. He sticks by her through thick and thin, as she begins to feel as if her world is turning upside down and she’s going to fall off. She thinks everything is fine, and that it is the breakup with her boyfriend that triggers her intense fear and helplessness. It’s not.

Characters in the story seem like people you might know if you live in Chelsea (London), and have the luxury of time on your hands to be creative, hang out with friends, and go out dancing and drinking every night. That is what Sadie attempts to do after the breakup, with one man after another, and one drink following the last one. No matter what she does to avoid, or numb, her feelings, takes a toll, and it doesn’t work. After a scene in a restaurant, she begins to spiral downwards, and doesn’t know what to do.

Degrees of anxiety and depression are experienced by countless individuals throughout the world. It is nothing to be ashamed of, yet too often we are. Ironically, we have no problem telling someone, or seeking help for, a broken arm or flu, but when it is our mind and emotions that are effected, it becomes hush hush. Mental health is just one aspect of our overall health. With Anxiety Girl, Ms. London gives us a story that can help us know what anxiety feels like, that we aren’t alone, and that help is available.

A Voddy a Day

This story seems to have been written by somebody who was very drunk. That doesn’t mean that it is unintelligible, or not entertaining, but more like coming to consciousness every now and then and writing down what is happening. The Magic Vodka Wardrobe focuses on three sisters (Trace, Shaz, and Kristy), and their Aunt Sheila, who retreat to their magic wardrobe bar where bartender, Bachittar, provides the music they desire (a lot of disco from the 70s), the gifts they crave, and the latest gossip on what’s going on in the neighborhood. Sort of like your regular pub bar tender, but one with special powers. This is, of course, a secret bar that only the sisters and aunt are privy too.

It all begins and ends with Shaz celebrating her twenty-eight, and twenty-ninth, birthday (respectively). A cast of characters from home and community are intertwined, including the family dog (Snoop Dog), Lady Fatima (aunt Sheila’s sister), Sue Ellen (the Singh sister’s mother), The Ladoo Shop Twins (both big and hairy), Rajeer (the boy next door), Sheryl (who works at parents store), and Channing Copra (the handsome rich guy that Trace falls for). Oh yeah, the oldest sister, Kristy, lives in Australia and repeatedly Skype’s into the bar to hear the latest and give her advice.

There are nine rules in the bar. One of them is “In case of fire, pray.” Here’s an excerpt, to give an idea of the humor within these pages. When her sisters explain how worried Shaz is about her lost car keys to Aunt Sheila, she says, “Oh, you mean these?” asked Sheila, pulling a pair of keys out of her pocket. “Sue Ellen had them in her cardi; the pockets are so deep she found them in there with an old samosa, a pair of socks, a couple of scratch cards, and I’m sure there was an empty miniature Bells in there too! She was hiding them from Mad Mush Martha from the estate – she’s been taking selfies next to the new Audi.”

It would be pretty cool if you went to the pub and every time you walked in they knew exactly what you wanted to drink, started playing your song, and everyone got dressed up in costumes for the night, and danced their ass off. It doesn’t matter if you pass out on the floor, knock things over, throw up, or do and say the stupidest things ever. It’s all part of the magic. There don’t seem to be too many accompanying hangovers in The Magic Vodka Wardrobe. Of course, they’re better off left forgotten. One question from this naive reader in The States. Is “voddy” a British term for vodka, or something made up for this story?

Xocoatil was the Aztecs’ word for “chocolate”. They called it the “bitter drink” and considered it a gift from the Gods. The cocoa bean has been cultivated for the last 1000 years and recorded as early as 2000 BC.

Cocoa was first introduced to Europe when Cortés brought the beans to Spain and offered them to the Emperor in the early 1500s. By adding Cinnamon, heat and sugar, they improved the bitter taste. The discovery of cocoa by the Spaniards was so provocative that they kept its existence a secret for almost a century until it was smuggled by monks to France. By the 1650s it had crossed the channel to England and the North American colonies of the English and the Dutch.

Good for the Heart

Cocoa powder and chocolate contain rich sources of polyphenol antioxidants, which are the same beneficial compounds found in fruits, vegetables and red wine that may reduce the risk of developing heart disease. It is believed that damage done in the body by free oxygen radicals is linked to heart disease and other maladies connected with aging. There is some research that indicates that antioxidants in the blood stream help eliminate free radicals, thus reducing the risk of developing heart disease. Dark chocolate contains more antioxidants, per 100 grams, then prunes, raisins, blueberries, blackberries, kale, strawberries, spinach, raspberries, Brussels sprouts, plums, alfalfa sprouts, oranges, red grapes, red bell pepper, cherries, onion, corn or eggplant.

Place all the ingredients in a blender and blend on medium speed for 1 minute. Chill for five minutes, pour into tall glasses and serve naked (literally or figuratively).

This smoothie is one of our son Shona’s favorites. It is good for small children, since the ice-cold water helps to relieve some of the pain of teething. It also gets your motor running in the morning. It has a good aftertaste and “tickles the mouth.” Sunflower seeds add just the right amount of sweetness.

Place all the ingredients in a blender, and mix on medium speed for 2 minutes.

Pour into glass or cup, drunk up, and stretch towards the sun.

This contains a complete well-rounded breakfast for the athlete in each of us waiting to burst forth, if it hasn’t already. 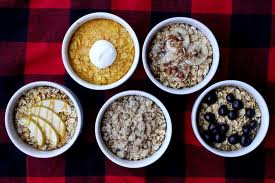 Place all the ingredients in a blender, and mix on medium speed for 1 minute.

Pour into bowls, mugs or cups and get energized for the day.

The Blue Dragon
by Gabriel Constans

Guaranteed to turn your tongue blue for the rest of the day. For a little fun, go see an acupuncturist immediately after drinking this smoothie. One of the first things they usually do is look at your tongue to determine your state of health. Blueberries, by the way, are high in iron. 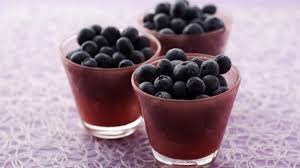 Place all the ingredients in a blender, and mix on medium for 30 seconds.

Pour into bowls or glasses, enjoy and stick out your tongues.

As our daughter, Darcy, exclaims, “This breakfast drink is sweet, sweet, sweet. It fills my mouth with joy!” Pineapples are high in vitamin C and rich in potassium and calcium.

Place all the ingredients in a blender, and mix on medium for 30 seconds.

Pour into cup or glass and let it fill your mouth with sweet sweet joy.

This smoothie is great for breakfast or as a mid-morning pick-me-up. It provides you with lots of energy to face the day, and its sweetness will put a smile on your face!

Place all the ingredients in a blender, and blend on medium for 30 seconds.

Pour into bowl or wide cup. Use a spoon or drink it up.

The Milky Way
by Gabriel Constans

This is the perfect lunchtime smoothie. Make it at home and keep it in the refrigerator at work, or make a batch for the entire week. The Milky Way will take you out of this world!

Place all the ingredients in a blender, and mix on medium speed for 45 seconds.

Pour, drink up and prepare to take the hitchhikers guide to the galaxy.