Coming Into Her Own

The Buddha of Lightning Peak: Cycle of the Sky
By Yudron Wangmo
Reviewed by Gabriel Constans

A lot of authors, agents and publishers say their story is “unique”, but rarely does the tale turn out to be that different or “special”. The Buddha of Lightning Peak is an exception. The characters in the story are like many people I know, and experiences they have lived, but I’ve never read something that combined them all into one tight, believable and well-crafted novel such as this.

Denise “Dee” is a teenager who lives in the San Francisco Bay Area. She is also black, lesbian and part of a meditation group. She has a variety of friends, including Leslie and her BFF, Shanti, as well as her mentor/teacher, Sandy. She isn’t a strong environmental advocate, until she learns of a mining operation about to start up next to her beloved summer camp and mountain.

The author reveals life through Dee’s eyes and perspective, and reveals the thoughts, emotions and experiences that many teens go through, especially teenage girls. The Buddha of Lightning Peak is an insightful and entertaining story that reveals Dee coming into her own strength, realizations, and sense of connection and community. I rarely read stories twice, even good ones. This will be the exception.

(The author provided me with a free ebook in exchange for an honest review.)

Smack Dab In the Middle

Smack Dab in the Middle

My name is Donna Branham and I live in Mingo County, WV — smack dab in the middle of coal mining country. I’m a registered nurse and I’ve seen firsthand how mining hurts the health of my community. I’ve seen how it is making my community sick1 and year after year it’s only getting worse.

Mountaintop-removal coal mining blows off the tops of mountains to extract the coal that fuels our nation’s power plants. It has already leveled 500 mountains and buried over 1,200 miles of streams — but it gets worse. It raises my community’s risk of birth defects, cancer, and heart disease.

Right now, dozens of permits are pending for new mines and the Obama Administration could approve them any day. If they get approved, it will mean more people get sick and more mountains get destroyed. I don’t know about you, but I don’t want any more families to suffer the effects of Big Coal’s pollution. 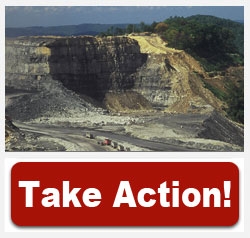 Send a message to the White House before it’s too late. I’m tired of seeing families get sick just so Big Coal can increase its profits. Tell the Obama Administration to put our health first: no more mountaintop-removal coal mines.

A few years ago, Island Creek Coal Company opened a mountaintop-removal coal mine two miles from the house where I grew up and where my Mom and Dad still lived. Because of the danger, my parents had to leave their home so that they could have a reasonable life. My Mom never felt at home again.

After that, I knew I had to act. The coal companies are putting a burden on us, and it isn’t fair. I’ve got grandchildren, and I want them to live in a better world. That’s why I’m calling on the Obama Administration to put our health first, and why I’m asking you to take action.

There have been many times where folks, like us, worked together to make change happen. If it weren’t for mothers demanding a right to vote, women would still not be allowed at the polls. It takes people like you and me who get fed up enough to take action to make a change.

I can’t do it alone, but I know that if we stand together we can create a better life for our children and grandchildren! Tell the Obama Administration to protect families from mountaintop-removal coal mining today.

Thanks for all you do to protect our environment!

In response to local concerns from Alaska Native Tribes and stakeholders, including NPCA, the Environmental Protection Agency (EPA) released a draft watershed assessment in May 2012 that examines the extraordinary values of Alaska’s Bristol Bay watershed and identifies a multitude of serious, potential impacts that could result from developing an industrial mining district right next to Lake Clark National Park and Preserve. 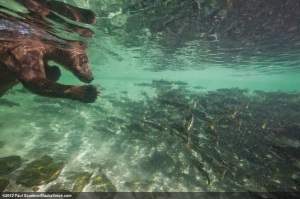 This report will guide EPA’s use of the Clean Water Act to protect Bristol Bay’s clean waters and wild salmon from billions of tons of toxic mining waste. Learn More.

EPA should act now, and so should you! Send a letter thanking EPA for fighting to protect Bristol Bay.

Chicago Peak is located in Western Montana’s Cabinet Mountains Wilderness Area, and is a holy place for the Salish and Kootenai native tribes.

In other words: It’s a terrible location for a massive proposed copper and silver mine.

But under the shockingly antiquated General Mining Law of 1872, the National Forest Service says it has no choice but to approve the mine. Even worse, this relic of a law will hand nearly $20 billion dollars worth of publicly owned minerals to Canadian company Revett Minerals, totally for free.2 We get nothing.

This mine is only one example. Overall, Congress’s failure to update our 140-year-old mining law is one of the most egregious, expensive and destructive failures in federal land management.

Tell Congress: It is long past time to update the General Mining Law of 1872! Click here to automatically sign the petition.

The General Mining Law of 1872 is literally an artifact of another era. In 1872, Women could not vote in America. There were only 37 States in the Union. And our government sought to settle the vast Western territories by handing out mining rights to fortune-seeking settlers.

Yet today, this relic continues to govern hard rock mining of metals like copper, uranium, silver and gold. The result is a massive giveaway to giant mining companies that rips off taxpayers to the tune of tens of billions of dollars.3 Under the law:

• Mining leases can be purchased at 1872 prices of $2.50 — $5 an acre.
• Companies can mine publicly owned mineral resources without paying any royalties. We just give it away!
• Federal land managers must prioritize mining over all other land uses.
• The law contains NO environmental protections — which has led to the pollution of more than 40% of Western U.S. watershed, and left us holding the bill for an estimated more than $30 billion in mine cleanup and reclamation.

In today’s world of giant, international mining conglomerates using massive pieces of equipment and polluting huge volumes of water to rip up the earth — as opposed to Wild West times of risk-taking prospectors and their pack mules seeking fortune — this law should be a page in history books, not our actual law books!

Congress has twice tried and failed to reform the law. But it’s long past time for an updated mining law that allows land managers to protect unique public lands from mining, implements strong environmental standards for mines, collects funds for mining reclamation, and puts a fair royalty on the extraction of these publicly owned resources.

It is crazy that our mining law pre-dates the invention of the telephone and the light bulb. Tell Congress to stop this massive, outdated giveaway. Click below to automatically sign the petition:
http://act.credoaction.com/r/?r=6038698&id=38593-266627-COAUwNx&t=10

Thanks for helping to bring our mining laws into the 21st century.