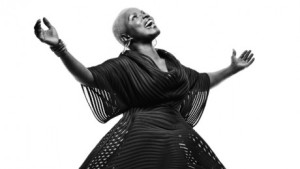 In the ’80s, she was among a new wave of African performers blending Western pop music with traditional African forms. The creative result was a revitalized world music, both entertaining and socially conscious. Her latest recording, named for her mother, Eve, honors all the women of Africa and puts Angélique’s strong voice back in the spotlight where she belongs. Dance space available!