Being Indie: A No Holds Barred Self-Publishing Guide for Fiction Authors by Eeva Lancaster. Reviewed by Gabriel Constans.

Ms. Lancaster states right up front that, “Books have a publishing standard, and Indie authors are accountable to their readers in making sure these standards are met or exceeded.” Being Indie explains how to meet that standard and provides steps for doing so. It also describes how to be a “savvy Indie author”, as opposed to simply getting your book published.

The author of Being Indie practices what she preaches. The book’s cover catches the eye, the layout and editing are well done, and the content very relevant. She also has an excellent on-line and social media presence. These are all aspects of being an indie author which are clearly defined and presented. This is an excellent resource for anyone considering, or in the midst of, publishing their own book.

There are three parts to this work. Part One (Pre-Publishing) includes sections on – From Manuscript to Book – The Editing and Proofreading Stage – What Type of Editor Do You Need? – How to Approach Cover Design – Book Design and Formatting – Fixed Layout or PDF. Part Two (Building Your Author Platform) has information on – Your Website or Blog – Guest Posting – Your Online Presence – Social Media Presence. Part Three (Post Publishing) is a recap of the first two sections.

What I appreciate most about Being Indie is the experience, and knowledge, the author has about the process and the honesty with which she speaks. There is no sugar-coating, or sells pitch, trying to get you to buy her products, or do it here way. Being an indie author takes a lot of hard work and diligence. Very few make a living doing so. Ms. Lancaster says, “Doing nothing, and leaving a book’s fate to the gods, will only ensure failure. It will not sell itself. No one will buy it if it’s less than a book should be. No one will notice it if it’s not attractive. That’s the reality. The sooner you realize this, the better.”

A Cornucopia of Value

Publishing Tools of the Trade Every Author Must Know by Lama Jabr.
Reviewed by Gabriel Constans

This book caught me off guard, and in a very good way. I’ve done a lot of research over the years into writing, publishing and marketing books, and thought I was aware of most of the resources available for writers. Girl, was I wrong.

Publishing Tools of the Trade Every Author Must Know is a cornucopia of valuable links to most every legitimate, helpful site that I’ve know about, plus many others that I had not heard of before. There is a brief description, and the direct link, for every website listed.

Sections range from “Editing and proofreading”, “Book promotion sites”, and “Author Interview Opportunities”, to “Blogs”, “Marketing” and “Social Networking Sites for Authors”. Every area of this resource manual is also updated regularly, so there are few links out of date.

What is most amazing, and appreciated, is that all this information is assembled in one place and provided for free. Lama Jabr has given us a unique service, without strings. Her kindness, and care, in putting this together, and offering it without charge, deserves deep gratitude.

For further information about Lama Jabr and Xana Publishing and Marketing:
http://xanapublishingandmarketing.com

My publisher let me know I have my own page on their website. It includes a brief, but awesome interview with the author of Zen Master Tova Tarantino Toshiba: The Illustrious and Delusional Abbess of Satire. Hey, that author is me! Yabadabado!

You can also pre-order a copy for the electronic version for only 99 cents at Smashwards. The release date is August 1, 2014. That link is:

Tour of the Breath Gallery 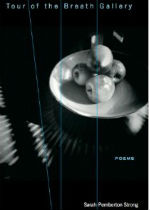 Read Tour of the Breath Gallery with a blanket and a stormy day, read it surrounded by strangers on the bus, read it in the sterile confines of a hospital room – wherever you happen to be, Sarah Pemberton Strong’s vivid lines of poetry will quiet and sharpen the life around you.

A Walt McDonald First Book winner, Tour of the Breath Gallery focuses on “the details / of duller things: a space / of silence, an opened window, / the moon-shaped crack / on the edge of this blue plate.” Strong’s book praises silence, and in doing so, allows the reader to hear what she has learned by listening.

The collection is divided into three parts, beginning with the heart and moving outward. The first section deals with the lessons learned in silence, that “sometimes the metaphor for suffering / turns out to be the suffering itself,” and that “if you want the world / to be less burdened with cruelty / and indifference, this moment you / are standing in would be the ideal / fulcrum from which to lift a finger.”

It advocates for the value of the physical, the tangible, and the self, particularly in womanhood. Strong’s version of the Biblical Delilah tells her daughter to “win / your own heart first, cherish every cell / of yourself,” and the contemplation of a teacup leads to the revelation that “you do not have to be clean, or whole, / you do not have, even, to be loved / to be radiant.” A sense of wonder and wholeness permeates this section, and the revaluation of self enables the persona to spread her awareness and compassion externally, toward child and community. Throughout the book and particularly in the beginning, a sense of interconnectedness binds not only the poems, but also the persona to her world.

The second section deals with the act of learning what was imparted in the first section; in essence, it reveals the beauty in the act of living. Several love poems are included in this section – “Nest,” the most striking and gracious, a missive to her trans lover, sings for “the slim green branches / and pale unopened buds / of the girl who / inside, you are.” Although there is always “the burden of our folded wings,” at its root, this is an utterly optimistic book, showing “that when / there is no light, our eyes open anyway: / searching for it, then for each other.” The second section concludes with the persona transformed into a goddess in steel-toed boots and overalls, gaining her power from learning the plumbing trade, using her hands to build and create and fix, imbued with the elements of the earth she inhabits.

Finally, the third section extends back to the past, to family and heritage, and looks at the ramifications of inheritance and death on life, the “breaking down / then subsequent repairing of the world.” Her relationships with father, mother, and friend are examined, revealing bonds that are fragile and yet resilient, like spider webs on grass “whose strength is that of steel, / yet can be torn like that / and then repaired;” bonds that extend behind and ahead, leaving traces of history, like a trail of footsteps in the snow or the fingerprints of the deceased that “still mark the doorknobs and teaspoons / of the living.”

Read entire review and other articles at Lambda Literary.

This smoothie is not for the faint of heart; it is a sweet and tart elixir with a very strong flavor. Cranberry juice is excellent for relief of urinary tract and yeast infections. Make sure you use 100 percent pure cranberry juice, not the watered-down cranberry blends often sold in supermarkets.

Place all the ingredients in a blender, and puree on medium speed for 1 minute.

Pour into tall glasses and serve up one of Grandma’s treats.

The Voluptuous Violet
by Gabriel Constans

Lady Godiva had nothing on The Voluptuous Violet. Its captivating taste surpasses the alluring talents of Cleopatra, Mata Hari and Isis. The Voluptuous Violet was kept from the public for many years for fear it would create emotional dependence and turn ordinary citizens into Sade and Shakira clones.

The recipe for The Unthinkable was classified as TOP SECRET by the U.S. government for the last fifty years, but it has now been revealed for your personal pleasure and right to know, by a former member of the NSA. Make sure the lights are off and the blinds are drawn when you concoct this classified formerly secret smoothie.

Pour into tall glasses and serve quietly. You never know who may be listening.

Psychedelic Visions is for all spiritual seekers who still don’t own the video of Fantasia and refuse to meditate or exercise. Like the Voluptuous Violet, this smoothie was kept a secret for many years in the interests of public safety. Reactions to this visionary concoction range from “Tart!” and “Kicking” to “Kinky” and “Sweet”. 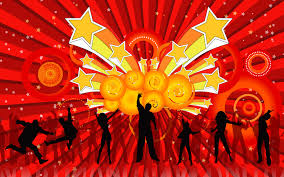 Place all the ingredients in a blender, and blend on medium speed for 1 minute.

Pour into tall glasses and drink with the Grateful Dead.

Discovered in the vaults of the Kremlin after the fall of Communism in the Soviet Union, this recipe had been hermetically sealed in a safe that only the KGB had access to. Even Stalin, the notorious dictator, didn’t know of its whereabouts. Perhaps if he had sampled the Tutti-Frutti, he would have been much sweeter and more understanding. 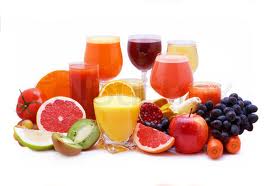 Pour into tall glasses and serve while listening to Little Richard singing Tutti-Frutti.

This is not a smoothie you want to serve lightly. If you are planning on a divorce, are having an affair, or just having “lustful thoughts,” then don’t drink this in front of your wife, husband, or significant other. It is quite delicious, and if drunk in excess, it can cause you to reveal your deepest desires to all within shouting distance. 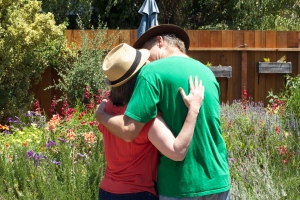 Place all the ingredients in a blender, and blend on medium for 45 seconds.

Pour into tall glasses and serve carefully. Do not drink in excess unless you are prepared for some dangerous liaisons.