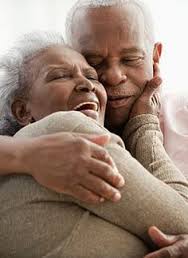 Will You Still Need Me When I’m Sixty-four?

Excerpt from The Penis Dialogues: Handle With Care by Gabriel Constans

“I was struck by this book’s humor, probing curiosity and genuine compassion.”
—Eve Ensler (Author of The Vagina Monologues, performer and women’s rights activist)

A team of researchers from the University of Southern California has determined that “men and women are remarkably similar in their mating preferences.” They found that college-age men and women prefer a long-term exclusive sexual relationship. Both sexes want a conscientious and compatible partner.

A cross-cultural questionnaire found that, contrary to popular misconceptions, over 80 percent of older women, and over 70 percent of older men, feel that sexual activity is important for health and well-being. Another survey found that 80 percent of married men over the age of 70, and 75 percent that were un-married, remained sexually active.

It turns out that grandparents and college students want the same thing – love, commitment and sex. People of all ages enjoy one another’s bodies and the pleasures, attachments and feelings that come with them.

Copies can be ordered from your local independent bookstore or online bookseller, including:

On the Ground In Syria

On the Ground In Syria

For two and a half years, courageous Amnesty researchers — like Donatella Rovera — have been on the ground in Syria and neighboring countries investigating and reporting war crimes and other violations against Syrian families. What she and her team have documented there is horrific.

A mother’s three sons dragged outside, shot dead, and then set on fire for her to watch. Cluster bombs tearing into small children playing in an alley. Militias opening fire on peaceful demonstrators.

Now our research teams — backed up by the innovative use of satellite imagery — are gathering information of a heinous attack, apparently using chemical weapons, that killed scores of people, including children.

Now that the international community’s attention is focused on Syria, we must ensure that no more civilian lives are lost and that those responsible for war crimes and crimes against humanity are brought to justice.

During recent investigations in Syria, Donatella met 20-year-old Noura in a field hospital, a temporary clinic created in secret to protect victims and medical staff from retaliatory arrest and torture.

Noura was injured in a cluster bomb attack. Cluster bombs inflict massive damage by detonating in mid-air and releasing hundreds of “bomblets.”

Donatella, as well as all of us from Amnesty, is committed to telling the world their story, and demanding action from the international community.

When you become a member of Amnesty, your donation helps put expert researchers — like Donatella — on the ground in places like Syria, where the world’s attention is desperately needed.

The human rights crimes in Syria have been called a “moral obscenity” that should “shock the conscience of the world.”

As human rights defenders, you and I share an urgent responsibility to help bring those responsible to justice. We must mobilize to stop further atrocities against the Syrian people. 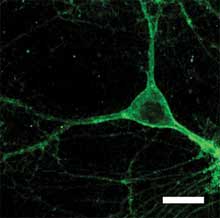 From Technology Review. Published by MIT

For more than two decades, researchers have tried to develop a light-activated cancer therapy that could replace standard chemotherapy, which is effective but causes serious negative side effects. Despite those efforts, they’ve struggled to come up with a light-activated approach that would target only cancer cells.

Now scientists at the National Cancer Institute have developed a possible solution that involves pairing cancer-specific antibodies with a heat-sensitive fluorescent dye. The dye is nontoxic on its own, but when it comes into contact with near-infrared light, it heats up and essentially burns a small hole in the cell membrane it has attached to, killing the cell.

To target the tumor cells, the researchers used antibodies that bind to proteins that are overexpressed in cancer cells. “Normal cells may have a hundred copies of these antibodies, but cancer cells have millions of copies. That’s a big difference,” says Hisataka Kobayashi, a molecular imaging researcher at the National Cancer Institute and the lead author of the new study, published this week in Nature Medicine. The result is that only cancer cells are vulnerable to the light-activated cascade.

The researchers tested the new treatment in mice and found that it reduced tumor growth and prolonged survival.
Advertisement

There are a few kinks to work out before the system can be adapted for humans, though. For instance, the researchers couldn’t test the treatment’s effect on large tumors, since killing off too many cells at once caused cardiovascular problems in the mice. Finding the right cancer-cell markers to pair with the dye may also prove difficult. For example, HER-2, one of the proteins targeted in the study, is only expressed in 40 percent of breast-cancer cells in humans.

It’s widely known that dark chocolate, in particular, is good for our emotional and physical health. Eating dark chocolate makes people happy, researchers have learned, because it contains phenylethylamine, the same nurturing hormone triggered by the brain when we fall in love. It’s no wonder that Madame du Barry and Giacomo Casanova both believed that chocolate was an aphrodisiac. Further, according to the California Academy of Sciences, the theobromine in chocolate acts as a myocardial stimulant, dilator of coronary arteries and smooth muscle relaxant, all inducing good feelings.

Researchers at the Harvard Medical School and Boston University School of Medicine recently reported in The American Journal of Clinical Nutrition that subjects who consistently consumed dark chocolate showed a 40 percent lower risk of myocardial infarction and stroke than those who did not.

A study published in the European Heart Journal that tracked almost 20,000 people for 10 years found that people who ate about 7 grams of dark chocolate per day had lower blood pressure and 39 percent less risk of experiencing a stroke or heart attack, compared to those who ate an average of 1.7 grams daily.

Scientists have learned that cocoa powder and chocolate contain rich sources of polyphenol antioxidants, the same beneficial compounds found in red wine and many fruits and vegetables that help to reduce the risk of heart disease and stroke. Professor Frank Ruschitzka, head of cardiology at University Hospital, in Zurich, Switzerland, comments: “Basic science has demonstrated quite convincingly that dark chocolate, particularly with a cocoa content of at least 70 percent, reduces oxidative stress and improves vascular and platelet [appropriate blood clotting] function.”

See more, including 4 recipes for Valentine’s Day at Natural Awakenings.