The Mother Of Invention

A mother of an excerpt from Zen Master Tova Tarantino Toshiba: The Illustrious and Delusional Abbess of Satire.

Little is known of Master Tova Tarantino Toshiba’s mother (including her name). There are reports that she was the seamstress to the Royal House of Padmasova in the Kingdom of Genoia, which was East of Africa and North by Northwest from the Indian Ocean. It is said that her mother lived a simple quiet life of service to the royal family, until a man called Shane came to town. 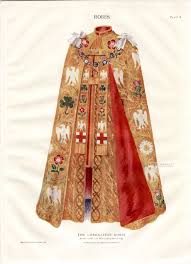 Nobody knew where Shane had come from or where he was going, but he quickly won the hearts of the royal family and was accepted into their good graces (and the queen’s adult daughter Chartres’s arms). Shane wasn’t bad, he was just made that way, or so they say. Before the people knew what had hit them, Shane had the king and queen ostracized and exiled to the Land of Ozberjian, along with Chartres (whom Shane had promised his true love too and impregnated within weeks of his arrival). Shane named himself King and demanded that a royal coat be made to adorn his beatific body.

Master Tova’s mother was devastated. She had loved the royal family and warned their daughter that this new vagabond was trouble, but they hadn’t listened. Now, she was being ordered to make a coat for the man who had dethroned her beloved employers. Working at night, with a single candle, the seamstress toiled for four weeks to finish the coat. When she had finished, she placed it carefully in a large gift box with a note for the guard’s assistant to deliver it to King Shane the next day. Master Tova’s mother packed everything she owned into a single case and left that very night, traveling through the darkness to a new land, where she met Master Tova Tarantino Toshiba’s father.

King Shane was delighted to receive his coat the following afternoon and immediately had his attendants’ help him put it on. It fit like a glove. He turned round and round, showing it off to all those who could see. It was made of colorful silk and had many pearls and rubies sewn into its hem. Everyone clapped, nodded, and admired the garment (including the king), until he sat down and felt something squishy burst in the bottom of his coat. He immediately stood, trying to turn and see what had happened. Though they tried, those in the court could not keep themselves from laughing. King Shane looked over at his chair and saw a large red stain. He took off his coat and saw that it was also drenched in a gooey red substance that was now dripping on his pants and shoes to the floor. When he went to change, he discovered that the stain had gone through his pants and underclothes and was also on his skin. He bathed repeatedly, but could not remove the red stain from his bottom.

Though the king sent out guards to look high and low for the seamstress who had sewed a concoction of permanent staining beet juice and herbs into the bottom of the coat, she was never found. It wasn’t long until word spread of the royal’s bottom and King Shane became known as King Beet Butt the Red.