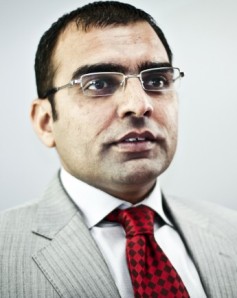 Umar Cheema has set a new standard for courage and quality journalism in Pakistan, a country where reporters are routinely attacked and murdered.

As a reporter for Pakistan’s largest English-language daily, The News, he has been a resolute force in investigative journalism for more than a decade.

In 2010, he was kidnapped and brutally tortured for writing critical stories about the government. Since then, undaunted, he has churned out a steady stream of hard-hitting reports. He documented how car smugglers rake in huge profits without paying taxes. He mined data to expose how top lawmakers spend little time in Parliament working on legislation.

Two years ago, Cheema founded the Center for Investigative Reporting in Pakistan. In its initial report, he analyzed the tax records of 446 lawmakers and ministers. He discovered that nearly 70 percent of legislators did not file income taxes in 2011, including President Asif Ali Zardari. After his story ran, the government instituted rules forcing candidates in contested elections to submit tax returns and charged tax shirkers a penalty for past evasions.

Cheema has received numerous awards for his courage and reporting, including the 2011 International Press Freedom Award from the Committee to Protect Journalists. In 2008, he won a Daniel Pearl Fellowship, becoming the first Pearl fellow to work at The New York Times.

He holds a Master’s Degree in Mass Communication from Punjab University in Lahore, Pakistan. He also attended the London School of Economics where he received a Master of Sciences Degree in Comparative Politics (Conflict Studies).

From Guess who came for lunch? A different kind of Mujahid of Pakistan in DC
Sayyid M. Syeed

From Nation of Change
by Simon Johnson
22 April 2012

Tax time in the United States – the dreaded mid-April deadline for filing annual income-tax forms – has come and gone. The system, Americans have been reminded, has become painfully complex, with many a loophole through which one might try to squeeze. The fear of an audit by the Internal Revenue Service lurks in homes across the country.

At such a sensitive time, it is no surprise to hear politicians pitching the idea of “tax reform” – suggesting that they can simplify the system, close loopholes, and use the proceeds to reduce tax rates. The allure of such appeals is that a crackdown on others’ tax avoidance will mean that you personally will pay less in taxes.

In the policy jargon increasingly heard in today’s political discourse, tax reform will be “revenue neutral” – meaning that it will not worsen the budget deficit or drive up the national debt. The broader subliminal message is that you can have whatever you currently expect in terms of government services for less than it costs you now.

The problem with this vision of tax reform is that it is magical – an attractive illusion with no basis in reality. Consider the recent pronouncements of Mitt Romney – now the presumptive Republican candidate to challenge President Barack Obama in November. Romney wants to cut tax rates, mainly benefiting those at the upper end of the income distribution. He also wants to close loopholes, but none of the details that he has offered add up to much. His boldest proposal – eliminating deductions for interest paid on mortgages on second homes – is trivial in terms of generating revenue.

Obama is only slightly better. While he talks less about “tax reform,” he is currently communicating the message that merely raising taxes on rich people – the infamous 1% – will bring the budget and national debt under control. That, too, is a pipedream.

Americans – and taxpayers in many other countries – need a more transparent approach to assessing candidates’ budget proposals. In the US, there are groups that offer their own assessments. For example, the Committee for a Responsible Federal Budget performed an admirable service in “scoring” the fiscal plans of rival candidates for the Republican nomination.

The problem is that in an election with high stakes and deep polarization, who, exactly, can voters trust? Everyone has an agenda, perceived or real. The veracity of any organization that is funded by particular individuals, or through less transparent corporate channels, will be called into question.

What the US and many other countries need is an independent, competent, and experienced body that leans neither right nor left. Fortunately, the US has the Congressional Budget Office, which scores legislation in terms of its budgetary impact, assesses official budget proposals, and formulates its own economic projections. (I serve on the CBO’s Panel of Economic Advisers, which comments on the draft forecast twice a year, but does not assess budget proposals or anything else.)

Because the CBO reports to the relevant congressional committees – those dealing with tax and budgets – both Republicans and Democrats watch its every move. But the CBO, created in the 1970’s precisely to bring greater transparency and accountability to the rather byzantine congressional budget process, really is independent and run by professionals.

The CBO does not, however, score proposals by political candidates, and that is part of the problem. In the run-up to the pre-election debates between Obama and Romney, both sides should agree to submit detailed budget proposals in the correct format for CBO assessment. The relevant congressional committees also should agree to this exercise. 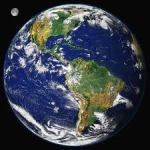 Yes, in 1776 we declared independence from the English, but are we really independent? The prosperity the majority of Americans now enjoy, on this day of independence, has come about because of our dependence on millions of people throughout the world. Without the continuing supply of cheap labor from a stream of immigrants and the importation of sixty percent of the worlds’ resources, much of our perceived strength and image of self-reliance would collapse into a pile of deluded dust.

The food we stuff ourselves with daily; comes from a long line of inter-related, inter-dependent actions. Most Americans buy their food at a grocery store, but before it is placed on the counter, in the freezer or on the shelf, countless hands have touched, processed and grown the product we so easily consume. There are the truckers, the farmers, the packagers, landowners, farm workers, equipment, supplies and natural resources, to name but a few.

Our families depend on one another for safety, for health, for education, entertainment, recreation and personal enrichment. Our communities use the assistance of county, state and federal support for finances and security, which come from our neighbors’ taxes, time and contributions.

In spite of these realities, we cling to our separateness, our individuality, our belief that we must all “stand on our own two feet”, “pull up our bootstraps”; be different from “all the rest”.

Sickness, loss and death tend to shatter these illusions. When you’ve had a loved one die, taken care of an ill family member or needed care from others, it’s nearly impossible to remain independent, yet many, including myself, try to “go it alone” and find it difficult to accept help from others. We’ve been so ingrained with the idea of self-reliance that it feels like pulling teeth to ask for or accept help from another.

I often hear from clients that one of the most painful transitions and the most surprising, is how difficult it was for they or their loved one, to ask for or receive assistance and care. To accept someone’s help implied weakness, debt, dependency and shame. It’s OK to give to and care for others (and the sense of control that provides), but it’s not OK to receive or accept the same care from another?

I don’t wish to imply that independence, self-reliance and self-determination are not valuable or important qualities for personal and societal survival . . . they are . . . but at what cost? Must we wait until we’re so sick we can hardly move, so overwhelmed we don’t know what to do next, or in great emotional and/or physical pain, before we remember how close and inter-dependent we all are? Can we use the 4th of July as a reminder not only to celebrate our independence and sovereignty, but also our connection with and gratitude for the lands’, nations’ and peoples’ with whom’ we share this planet?