This story is a corker! Without much ado, ifs, ands or buts, Mr. Blue brings readers’ into the seemingly mild mannered life of Barry Harris, who appears to be a sedate gardener, living with his 82-year-old heavy metal loving mother, Molly. They both live with the aggrieving fact that Barry’s father (Yamochi) and sister (Mindy) went missing twenty-two years earlier, in 1993. Barry has never given up hope that they will return.

Escape From Samsara is a hilarious combination of wit, wisdom, and nonsense. If you took the following films and TV shows, and put them in a blender (like what happens to a cat in the story), you’d have an inkling of the tale that is told. A Hitchhikers Guide to the Universe; Alice In Wonderland; Dr. Who; The Good Place; and clips from 1960’s and 70s Kung Fu movies, come to mind.

Here’s a brief example of the satirical new-age dialogue and shenanigans, that abound. Barry is trying to describe Buddhism and mindfulness to his mother’s friend, Merrill.

Barry, “By observing our feelings and sensations, we can gain insight into true reality.”

Merrill, “Ooh that sounds good. Doctor Harper gave me a relaxation tape once to help me sleep but the bleedin’ seagulls outside my window were doing me nutin. I couldn’t concentrate for toffee.”

If you’re a fan of fantasy, ninja movies, or any of the films and TV shows I mentioned (or not), you’ll find this adventure to be a hilarious kick in the butt. Humor is a hard nut to crack, and to write a story that contains so many cracking good lines, is even more difficult. With Escape From Samsara, Mr. Blue blesses this indescribable genre, by not giving a shit about what is, or isn’t “supposed” to be, or what “should” happen.

From a talk to sisters during the sunny season. 210 B.C. A deserving excerpt from Zen Master Tova Tarantino Toshiba: The Illustrious and Delusional Abbess of Satire.

Let’s speak of karma and cause and effect. This is an important concept that is often misunderstood or diluted with theory and make‑believe.

Karma is simply a word we use to try to describe the reality of one thing affecting another – action and reaction. What you put in one end comes out the other. Nothing exists in a vacuum, unless you’re a piece of dust, which has been sucked up from the carpet. In that case, your entire existence is in a vacuum.

Everything we do, say, think, or feel goes out into the universe. Sometimes the universe spits it right back at us, and at others it goes through a long wash cycle until it is clean and folded. There are millions of karmic vibrations intermingling, bouncing off one another, and influencing the direction we are going.

That is why it is vital that we stay awake and conscious of what is occurring (unless we are sleeping of course). When we are aware, we can then make choices, and not just react out of ignorance, drowsiness or a craving for a latte. Whether these conscious choices make any difference is dependent on your reactions to this teaching, and whether you are dust in a vacuum or just another cog in the karmic dream machine.

A Drop of Water

A teaching from Mistress Tarantino, as transmitted to Master Winnie of the Poo Chang around 44 A.D. Excerpt from Zen Master Tova Tarantino Toshiba: The Illustrious and Delusional Abbess of Satire.

It’s all macro and micro, though some may mistakenly call it retro. If you think, for even a miniscule second, that you are the center of the world or that your ego exists unto itself and outside the rest of life, you are deep within the illusory world of Mara or as some like to call her Mirror.

It is quite complex and simple. We are separate, yet not. We are part of the whole, yet we are individuals. How can this be? What makes this so? Why does it work this way?

Scientists of the future will describe this phenomenon, of our co‑existence mixed with a sense of separation, as quantum theory or the Tao of physics or some such science. This reality is the yin and yang of the one, the whole, the spokes of the wheel.

Some may find it useful to ponder such a universe or try to make some sense of it all. Just accept it as our shared reality or mutually agreed upon perception and ride the waves.

This may sound philosophical, spiritual or religious and perhaps it is, but “it” is as much science as insight and is an ever present reality that “I” am often blind too. 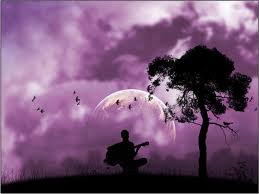 Lately, “I’ve” been seeing, thinking, feeling and observing how everything is connected and interconnected. It’s not the first time “I’ve” become aware of this, but it seems more prominent in my consciousness of late. The person or being that “I” and/or others identify as Gabriel, is both unique and important, as well as insignificant and a small part of the whole.

People, plants, animals, air, trees, water, earth, the planet, the solar system, the universe, the smallest particles and atoms all effect one another and are interdependent in millions of micro and macroscopic ways. Nothing and no one is immune or left untouched by this ever-changing existence of matter, sub-matter, energy and what is seen and not seen.

There are times when “I” am nowhere to be found. When “my” ego or attachment to “my” drama, personality, circumstances, family, friends and community is absent. Such times, moments or nows, are liberating and freeing.

Since “I” am also apart of it all and “my” thoughts, feelings, desires and actions also have effects, “I” am also of equal importance and responsible for co-creating with everything else. Thus, “I” practice taking personal responsibility in an impersonal way with compassion and intention of doing no harm.

So, what am “I” saying? “I”, who am named Gabriel Constans, whose body resides in Santa Cruz California, is known as married to Audrey Blumeneau and “has” 5 children and 2 grandchildren; is filled with gratitude for having the qualities of consciousness and awareness that make it possible for “me” to be and to “live” this experience we call life. Everything depends on everything. “Independence” and separation are a myth and only appear to exist when “we” forget to remember and be.